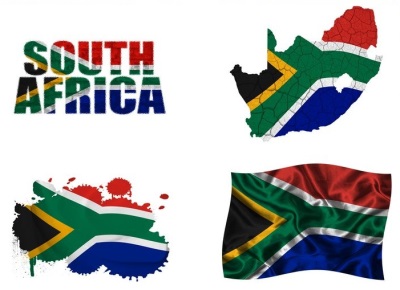 It seems that each country may have at least one president, whose role remains to be crucial for the whole world, whose words become the quotes of a million people, and whose thoughts inspire people day by day. In South Africa, such kind of a president was Nelson Mandela. The role of this person in his country as well as for in the world is crucial indeed, because people could help but remember and admire the majority of his speeches and calls for action about hope and human possibilities. “There was such love and affection for and what he stood for and great sense of hope and even aspirations for great things within our own nation” (Handy, 2015). Nelson Mandel is considered to be a significant political figure for South Africa as well as for the whole world; he is a symbol of hope and desire to obtain freedom by any possible means; he is a proof that social justice does play an important role in a human life.

Such political figures like Mandela will never die. He continues living in the ideas he offered, in the words he said, and in the steps he made. The way of how he strove for his beliefs turns out to be the reason of why he is called as one of the greatest political figures in the whole world. When he died, a number of politicians from different countries demonstrated their respect for this person. Nelson Mandela is defined as a strong political figure in the history of South Africa, who was able to provide the South Africa population with peace. Racial inequality was one of the crucial problems for the country, and Mandela found a solution after being imprisoned during 27 years (Brookfield, 2008). Mandela believed that “the stain of racism had spread so deep into African consciousness that Whites would inevitably come to be seen as leaders… and occupy leadership positions” (Brookfield, 2008, p. 91). He explained that it was not enough to show that racial inequality did exist in society, but it was obligatory to eradicate it from human minds even if certain military actions and violence had to be used. This was what made him a significant and strong political figure and the example for every country in the world. He was not afraid to use violence as a means of struggle. He did not want to hide the truth from people, who trusted in him. He demonstrated the possibility of open-minded relations between civilians and politicians.

Another important achievement of Nelson Mandela is his desire to provide people with hope and explanation that freedom may have a number of faces. “The spirit of reconciliation and forgiveness inspired and moved people all over the world… It helped to rebuild the country” (Handy, 2015). The peculiar feature of Mandela’s campaign is not to promote violence and use it anyway but to explain why violence remains to be the only possible method to stop apartheid in the country. He admitted that it was necessary to “begin with what was least violent to individuals but most damaging to the state” (Brookfield, 2008, p.96). He tried to underline the importance of hope even in the most hopeless situations. He cherished the idea of freedom more than anyone else as he could comprehend its essence from a variety of perspectives being imprisoned for so long period of time. His role as a supporter of human rights and the necessity to provide black and white people with the same opportunities became his “green card” to the world of politics. Mandela did prove that his position was worth recognition, and his ideas could help to change the South African society and make it better and stronger. And the Africans were in need of changes and improvements.

Finally, in addition to the struggle against the current government and its inabilities to respect each member of society, he tried to impose the idea of social justice around the whole world. Globally, he began his strive for justice during the court “questioning the legitimacy of a white court” (Boehmer, 2010, p.49). It was not already a personal question of justice. It was a necessity to prove that society as a whole underwent considerable oppressions from the government’s side and make people take some steps to change the situation. Mandela’s abilities to convince people were effective indeed. The only thing that was necessary was to explain why social justice mattered, and the government helped Mandela unintentionally making his imprisonment a public concern.

In general, the role of Nelson Mandel is crucial and unforgettable. His death and the reaction of different politicians and ordinary civilians on his work serve as the best proof that he did everything right. His intentions to destroy apartheid and its influence on society made people believe that South Africa may be a democratic country that respects each member of its society. Nelson Mandela is not just a person in a political world. He is a whole epoch, a symbol of struggle, a hope that was so needed by the Africans in the middle of the 1900s.