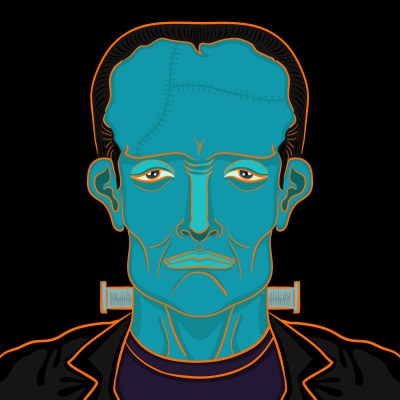 The majority of people focus on figures of the devout scientist Victor Frankenstein and his wretched monster in Mary Shelley’s famous gothic novel Frankenstein. The conflict between the nature and science can seem central to the novel. However, there are many lines in this literary work. From a feminist perspective, the novel unveils the wrongs of the patriarchal society where women played a role of subordinates and creatures completely dependent on men (Jacobus & Heath, 2014). Researchers argue that the author shared her views on the British society of the 19th century as well as her own place in the patriarchal world (Marsh, 2009). It is possible to trace major trends in the society of the 19th century when it comes to roles of females.

It is necessary to add that all female characters are equally dependent on men, they are equally submissive but they also unveil different facets of female’s submissiveness and subordination. Of course, Victor’s mother is an exemplary illustration of the major role of a female in the British society of that time. She takes care of the household and brings up her children. She cannot make any serious decision that is not concerned with some practical household issues (Jacobus & Heath, 2014). Seemingly, she makes an important decision to adopt a girl, but in reality, she never makes the decision. More so, she is accompanied by her son when they see the girl. The girl stays with the family only with her husbands “permission” (Shelley, 2013, p. 17). Victor’s mother is elevated to the level of an angel largely due to her ability to perform the role assigned perfectly well.

Another important role females had to perform is that of the wife. Elizabeth can be regarded as an illustration of this part assigned to women of the 19th century. Victor notes that he saw Elizabeth as his own “to protect, to love, and cherish” (Shelley, 2013, p. 18). At the same time, this role implies even a greater degree of submissiveness and passivity. Thus, Elizabeth never tries to win Victor’s heart as she patiently waits for him to fall in love with and marry her. Moreover, when she is in danger, she is still passive as she waits when Victor asks her to be in the house. She is a passive victim of the monster (Marsh, 2009).

When it comes to the role of the wife, the Creature’s female companion is also quite remarkable. Victor (the man) creates a woman. It is possible to assume that it was a norm to think that the husband had the right to shape personality of his wife or, in a certain sense, to create her. Again, the man seems to have all rights to kill the wife as Victor destroys the Creature’s companion once he understands that it can be dangerous.

Shelley also reveals the way females are treated in the society with the help of the case of Justine who is executed for a crime she did not commit. Notably, Justine is a nanny, which is another role (out of a few) that can be assigned to a female. Based on quite questionable evidence, the woman is convicted and is soon executed. It is noteworthy that Victor knows who is the real criminal and he can save the poor woman. Again, a female’s life is completely in a man’s hands. However, he does not save her. Justine becomes another passive victim in the world of men.

Based on these illustrations, it is possible to draw a portrait of the woman of the 19th century. Hence, the woman could preform quite a few roles in the society (mother, wife and nanny). Mothers enjoyed respect and affection of their children but they had to focus on their children’s upbringing and household issues. They could not make any serious decisions. Wives could enjoy affection of their husbands but they had to please men’s eyes more than anything. Of course, they were expected to follow all the rules and instructions of their husbands. Importantly, men had the right to shape their wives personalities. Finally, female servants were even in a more vulnerable position as their lives were totally in the hands of men. An important characteristic feature of women, as described by Shelly, is their submissiveness. Women were patient and they seem to have no will to (at least) try to defend themselves. It seems that the vast majority of females of the 19th century were ready to accept the rules and were not prepared to question them.

In conclusion, it is possible to note that Mary Shelley reveals the roles women played in the British society of the 19th century. The author depicted females as passive and submissive creatures who accepted the rules of the patriarchal world. However, it is also clear that there still were women who understood the wrongs of the society and were ready to question the order established. Clearly, Mary Shelley was one of these females.